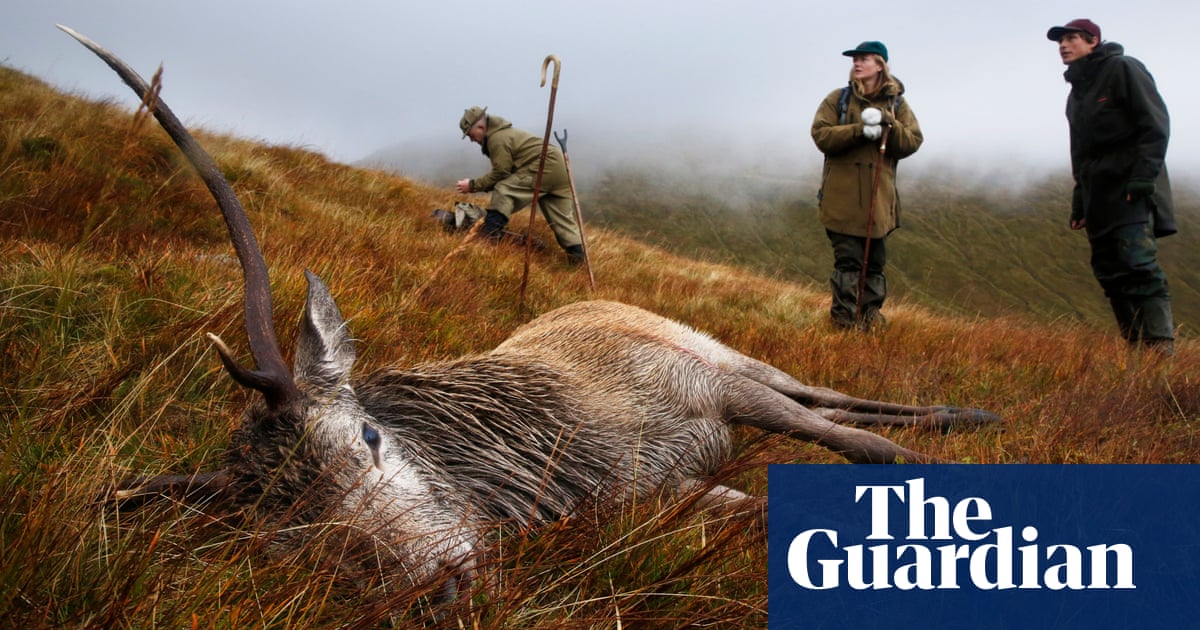 A coalition of Scottish conservation groups has called for legally enforceable culls of deer to be imposed on private landowners and stalking estates, while raising the prospect of local communities becoming more involved in shooting and killing deer for food.

The report, published by Scottish Environment Link (SEL), which includes the John Muir Trust, the National Trust for Scotland, RSPB Scotland and the Scottish Wildlife Trust, argues that a dramatic reduction in the country’s wild deer population is needed to tackle accelerating climate and biodiversity crises.

The report says deer can cause significant damage to emerging woodlands through grazing, and that they trample fragile peatlands, which are key to carbon absorption.

Scotland’s deer population produces 5,500 tonnes of methane each year, the equivalent of 137,500 tonnes of CO2. The report also argues that more active culling could reduce accidents on rural roads.

With no existing natural predators, the red deer population reached a peak of 400,000 in 2010. Deer management groups, often on sporting estates, kill certain numbers, but SEL wants the Scottish government to set and enforce higher targets.

Higher cull targets could involve other people in the deer management, they say. Noting that “for centuries, red deer stalking in Scotland has relied on paying clients and guests of private landowners, supplemented by professional stalkers”, the report suggests that in other parts of Europe communities are more involved in deer control.

“In Norway, for example, over half a million people – almost 10% of the population – are registered hunters. Hunting on state land is considered a communal source of sustainable food, and local people have priority use. Game meat is an important part of Norwegian food culture, rather than a byproduct of trophy hunting, as is often the case here.”

SEL argues that a similar culture could be encouraged in Scotland, moving away from the kind of management that focuses on “wealthy clients seeking a pair of antlers”, which necessitates a much higher deer population and resultant environmental damage.

The report was published before the release of findings by the independent deer working group, set up by the Scottish government in 2017 to consider changes for management of the species.

Mike Daniels, head of land management at the John Muir Trust, said: “We believe there is a growing appetite for change in how Scotland’s uplands are managed into the 2020s and beyond, and delivering sustainable deer management is a critical component.”