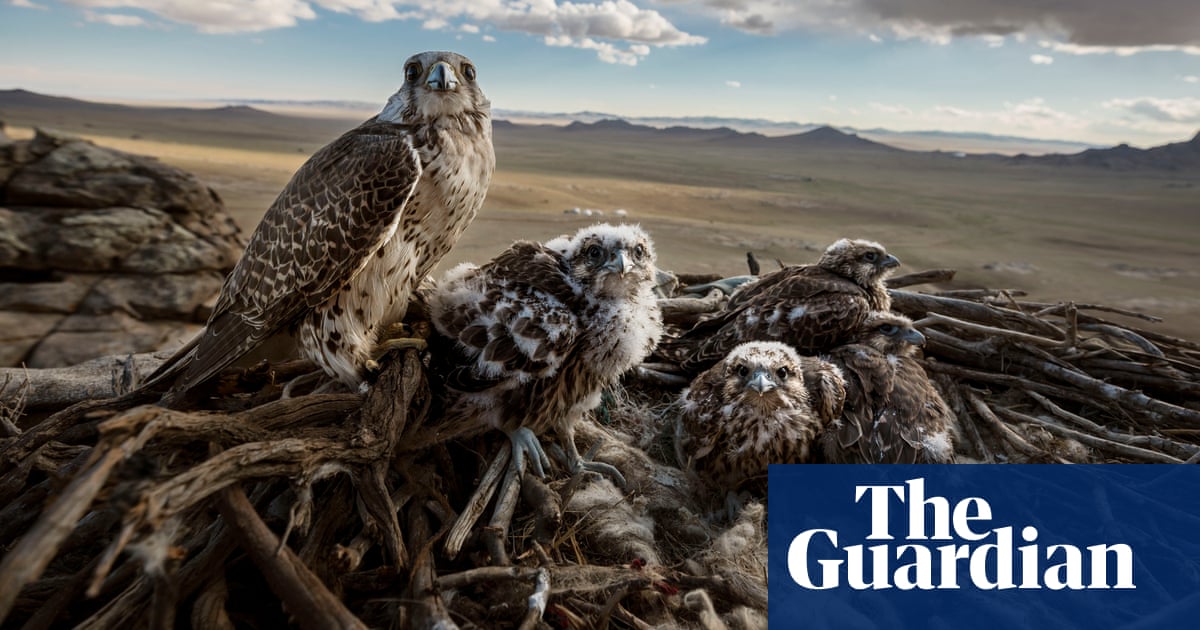 A wild Saker falcon mother and her chicks high over the steppe of Central Mongolia. The Saker falcon is the only species in the genus falco with an endangered listing in the IUCN red list, because population trend analysis has indicated that it may be undergoing a rapid decline, particularly in Central Asia, with unsustainable capture for the falcon trade considered to be one of the causal factors. Electrocution via power lines is a larger issue, killing millions of birds every year