Skip to content
Pet Health News > Animals and Wildlife > Furry, cute and drooling herpes: what to do with Florida’s invasive monkeys? 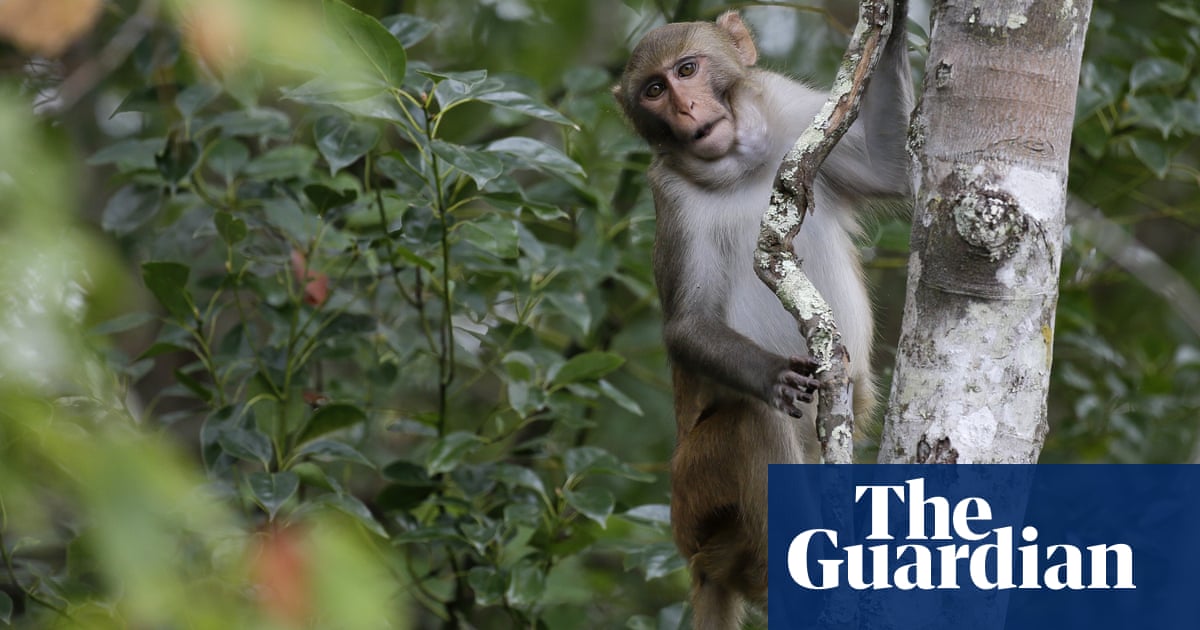 Visitors to Florida’s picturesque Silver Springs state park have been warned that they may encounter an unusual threat: hundreds of wild, herpes-infected monkeys.

The monkeys, rhesus macaques, originate from two small groups released into the Silver Springs state park almost 100 years ago by an eccentric boat captain. Their numbers have soared since then, and experts predict there could be 400 roaming the park by 2022.

A video captured by a Florida kayaker in October showed how closely humans can come to the monkeys. The footage showed the rhesus macaques hurling themselves into the Silver River from the treetops.

“I personally am concerned,” said Steve Johnson, an associate professor of wildlife ecology at the University of Florida. Johnson and a colleague, Jane Anderson, published research into the monkeys in 2018.

About 25% of the monkeys harbor herpes B, which can be fatal to humans, and 4-14% of them were found to be “shedding the virus orally by mouth” – meaning a bite could transmit the virus.

“There’s a low risk, but very high consequence should something happen. Fortunately nothing has happened yet, but I wouldn’t want to have that looming over me if I was the state,” Johnson said.

It’s not just the risk of herpes infection that troubles scientists. The monkeys are also having a detrimental effect on native wildlife. Anderson found that the monkeys were “major predators” on artificially placed birds’ nests.

“So if that translates to real nests there’s the potential for predation there, and so the environmental impact of something from an invasive species is what I’m concerned about,” Johnson said.

“Even though the monkeys have been there over 100 years they’re not native, they’re not supposed to be there. There were brought there by people. They’re like feral hogs, or feral cats.

“But they get a lot of interest because they’re mammals, they’re cute. They’re macaques, they’re primates, they remind us of humans.”

The monkeys are said to be descended from six macaques released in the 1930s. A man called Colonel Tooey, who operated a glass-bottom boat tour along the picturesque Silver River, came up with a cunning plan to boost riders. He released the monkeys on to an island, hoping to wow passengers with scenes of the primates swinging through the trees.

What Tooey apparently did not realize is that rhesus macaques are strong swimmers. The monkeys promptly swam away from the island and took up residence in the forest surrounding the river.

Undeterred, Tooey and other operators used food to lure the monkeys to shore for passengers’ pleasure. The scheme worked so well that Tooey dispatched another six macaques to the river in 1948.

It turned out that the monkeys were well-suited to the lush forests of central Florida. By 1980 there were an estimated 400 macaques roaming the area around the river.

The monkeys’ natural habitat spans thousands of miles of Asia, where they are found from Afghanistan to the Pacific coast of China, Johnson said. They have the largest range of any non-human primate.

Given many of the monkeys have herpes, they present a danger if they interact with humans – which they do frequently. In October Florida kayaker Rod Guynn shared footage of what he said were about 30 of the monkeys leaping from trees into the Silver River.

The state added monkeys to a “do not feed” list of animals, but Johnson said that is unlikely to make much difference to the population.

After Anderson and Johnson’s research was published, the Florida fish and wildlife commission said, in vague terms, that it was in favor of removing the monkeys. But the FWC offered no specifics at the time, and did not respond to questions from the Guardian about the rhesus macaques.

As Johnson points out, there is no easy solution.

“If I was the manager I would want to try to have them removed,” he said.

“But it’s not an easy decision and it won’t be an easy task. It’s a lose-lose with the stakeholders. You’re gonna hurt a bunch of people if you decide to go in and remove them, and people aren’t gonna be happy with you if you allow them to stay.

“So it’s a complicated situation, no doubt.”