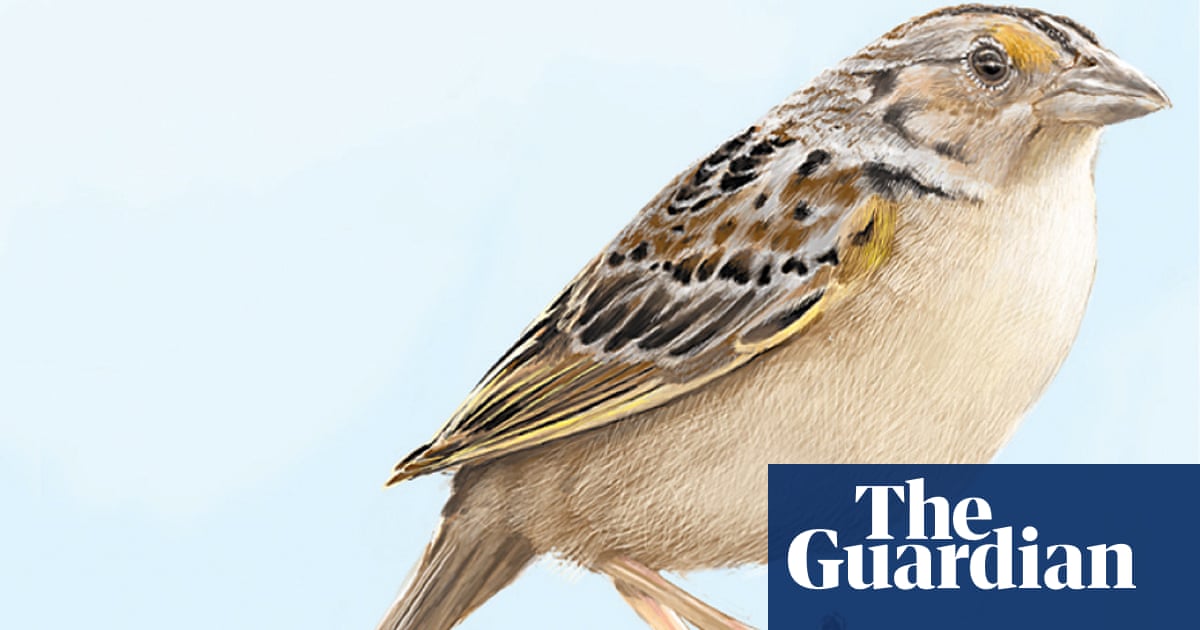 America’s bird populations may be facing an existential crisis but there is a glimmer of hope for one endangered species at least, with a breeding program helping dramatically boost the population of the endangered Florida grasshopper sparrow.

Around 50 of the birds, found in the prairies of south-central Florida, were estimated to be in the wild in 2018, down from 1,000 in little more than decade. But a conservation program has, for the first time, now successfully reared 100 Florida grasshopper sparrows and released them back into their natural environment.

The sparrow has been listed as endangered by the US Fish and Wildlife Service since 1986 and has suffered steep declines in its population since then.

A shy, ground-nesting bird, the Florida grasshopper sparrow has experienced a huge reduction in its habitat, with vast tracts of its preferred grassland prairie turned into pastures for cattle. Altered flooding and fire regimes have also hurt the species, as well as the spread of the red fire ant, an invasive species that can attack the birds’ eggs.

A conservation program involving federal, state and non-government partners has aimed to reverse this, with 100 birds released into the wild and further breeding program planned for next year. All the birds have been tagged in order to monitor the population’s progress.

The White Oak wildlife refuge, just north of Jacksonville in Florida, handled the breeding program in what it calls a “naturalistic” way, by setting controlled fires that regenerated the prairie habitat and requiring the birds to forage for their own insects.

“We hope that this will help them to survive,” said Brandon Speeg, director of conservation at White Oak. “We won’t be able to tell until spring 2020 but we hope we will then see a lot of the birds during the breeding program then. We don’t want this going on forever but we hope if we do this for the next five years we can get the species out of immediate danger.”

Bird species in the US are shrouded by the threat of extinctions, with recent research showing that more than one in four birds have been lost in North America since 1970. A separate study found that two-thirds of North American bird species are at risk of extinction due to the climate crisis, with rising temperatures causing havoc with suitable habitats.

“It’s clear that a lot more bird species are going to need direct human intervention to survive in the future,” Speeg said.