Skip to content
Pet Health News > Animals and Wildlife > On Brontë country’s moors, the end of grouse shooting is in sight 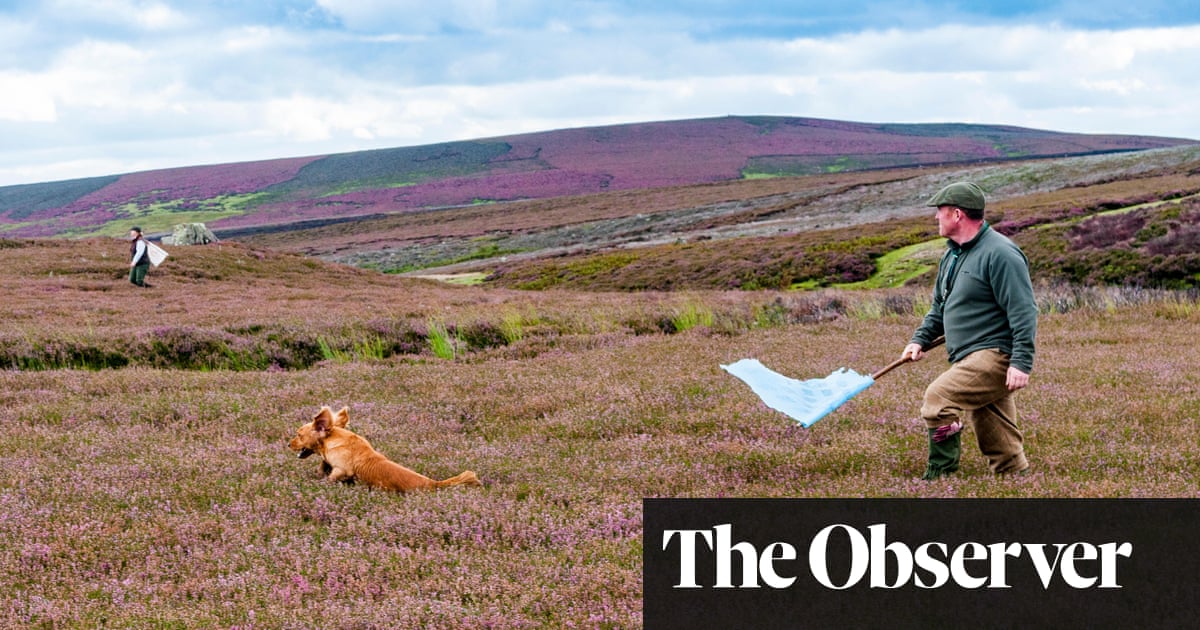 The Glorious Twelfth may soon be a little quieter in Brontë country. Animal welfare groups are hailing a “landmark” decision by Yorkshire’s largest landowner to review the leasing of its land to grouse shoots.

In addition to potentially spelling the end of shoots on land owned by Yorkshire Water, campaigners say it will improve the biodiversity and sustainability of the moors because gamekeepers will no longer burn heather to create the ideal conditions for the birds, something that can damage the underlying peat.

In a major shift the utility company has confirmed that it will review the leases on 13 areas of moorland it owns – including Haworth Moor, synonymous with the Brontë sisters – when they come up for renewal.

The decision follows a campaign by the League Against Cruel Sports and Ban Bloodsports on Yorkshire’s Moors. The two groups held a series of rallies and public awareness initiatives that saw Yorkshire Water bombarded with requests to stop leasing the land to grouse shoots, which traditionally start each year on 12 August.

“When an existing shooting lease comes up for renewal, we will undertake a thorough review to assess the best option to deliver the required land management for the future,” Yorkshire Water confirmed in a statement. “This will be done using our innovative six capitals approach, which assesses the benefits to natural, social, human, manufactured, intellectual and financial capital. This approach ensures all potential benefits of an option are quantified and assessed.” The league said it did not believe driven grouse shooting matched any of Yorkshire Water’s six capitals and it would pursue alternative land management options.

“This is a significant blow to the shooting industry and a major win for the people of Yorkshire,” said Nick Weston, the league’s head of campaigns.

“At least 700,000 grouse are shot for so-called ‘sport’ every year in the UK and the more people speak out against this barbaric practice, the sooner it will come to an end. The idea that those who manage land for the benefit of blood sports do it in the best interest of wildlife and the environment has long since been discredited, and we look forward to new tenants taking over to manage the land for the benefit of everyone.”

However, the Game & Wildlife Conservation Trust, which argues that grouse shooting helps preserve and enhance heather habitats, suggested Yorkshire Water would see value in allowing the shoots to continue when they come up for review.

“Open heather moorland, the sort best preserved and maintained by driven grouse shooting, is now globally rare,” said Andrew Gilruth, its director of communications. “Yorkshire Water must be congratulated for its commitment to ensuring these ancient landscapes will continue to support both the wildlife and the communities that depend on them.”

Yorkshire Water’s move reflects mounting concerns about the practice of burning as a land management technique. “Tenants will only be allowed to burn in exceptional circumstances where they can demonstrate that intervention is needed but alternative measures aren’t safe to deliver,” it said in its statement which acknowledged that “healthy catchments also help to combat climate change by sequestering carbon”.

The company is to rewrite its leasing contracts so that its land tenants will be required to restore and improve the natural environment. It will also impose a zero-tolerance approach to wildlife crime that will see leases revoked if there is evidence that birds of prey or other grouse predators have been deliberately harmed or killed.

“Customer pressure combined with evidence captured by moorland monitors on Yorkshire Water land has focused the company’s mind on making urgent changes to conserve wildlife and habitat and to benefit local communities,” said Luke Steele, spokesman for Ban Bloodsports on Yorkshire’s Moors. “While this isn’t yet the end of grouse shooting and the problems that this practice brings, we have moved one significant step closer to achieving that goal.”