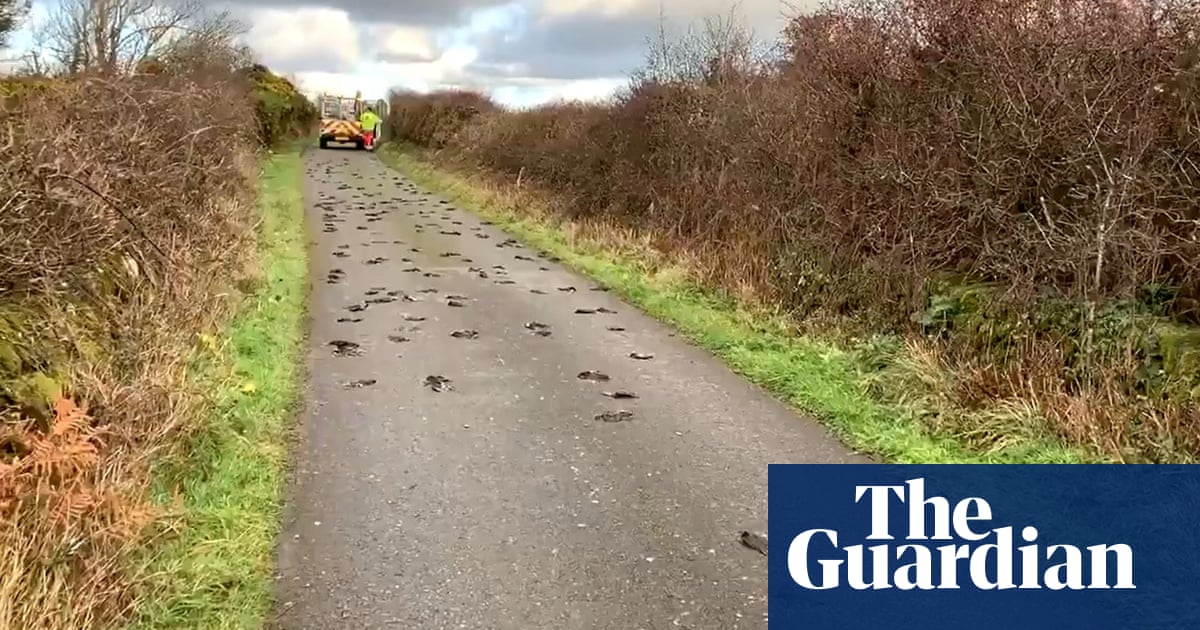 Police are investigating the discovery of several hundred dead starlings on a road in Anglesey.

More than 200 birds were found near Llyn Llywenan in Bodedern on Tuesday afternoon, with several others on hedges on the side of the road but none in the nearby fields.

Want to save the starling? Keep your lawn | Kate Bradbury

Police say the deaths are a mystery and have called in experts from the government’s animal and plant health agency to examine the birds.

In a post on the Twitter page of North Wales police’s rural crime team, PC Dewi Evans said: “We don’t know how it has happened. There are approximately 225 dead starling on the road itself and many others along the hedge on either side of the road. No starling apparent in the fields on either side, which is very strange.

“So we have got officers now from the animal and plant health agency who are going to seize some of these starlings with a view to having them examined, looking for poison for example, or looking for any other thing that might have killed these animals.”

Police are appealing for information about the incident, which happened at about 3.40pm on Tuesday.