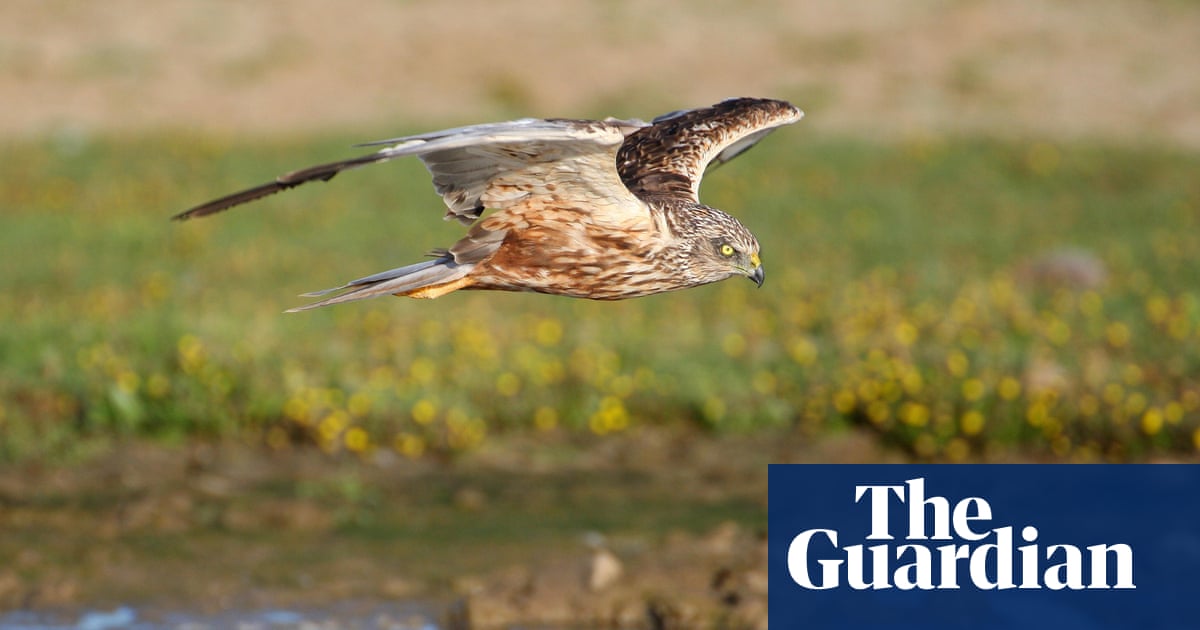 In this weirdest, wettest of autumns there is at least a little compensation in the long-lingering foliage on our winter trees. The sallows are still domes of dull fire in the landscape, and through this slow burn of the last summer’s sunshine there is a looping knot of five marsh harriers at play in the westerlies.

Their flight is low and wind scattered. Yet they keep coming back to the one spot and, against the orange glow of the sallow, they insert these intricate short-lived patterns of mahogany brown, where long, elegant wings and tails tangle with the sudden gusts.

In the British environment there are many things to despair of – the loss of 4 million acres of flower-rich meadow and of 44 million breeding birds during the past century – but the increase in marsh harriers is an indisputable blessing. Today there are more than 400 breeding pairs from Sussex or Essex north along the English east coast as far as Yorkshire. Yet at the nadir of the species’ fortunes in 1972 there was just one pair in the entire country.

That single success at the RSPB’s Minsmere reserve in Suffolk signalled the end of two phases of extinction, latterly triggered by organochlorine pesticides. Prior to that, it was the sadder but more commonplace story of persecution by game interests. Even today, the bird’s close kin, the hen harrier, is a regular victim of illegal killing by grouse-moor managers.

Yet the overall trend in marsh harriers is still upwards. In our parish, they are daily fare, and last winter I had an occasion when there were 16 large birds of prey – 12 buzzards, two kites, two harriers – on the wing together. Today I count seven harriers and five buzzards.

The other shift in pattern as their numbers increase is a move towards year-round residence. In the 1970s, marsh harriers were summer migrants that flew to Africa in autumn. Even in the 1980s, the entire national total wintering here was just 10 birds, but today they tough it out through the cold periods, and communal roosts, where they gather together for the night, can involve as many as 100 marsh harriers.