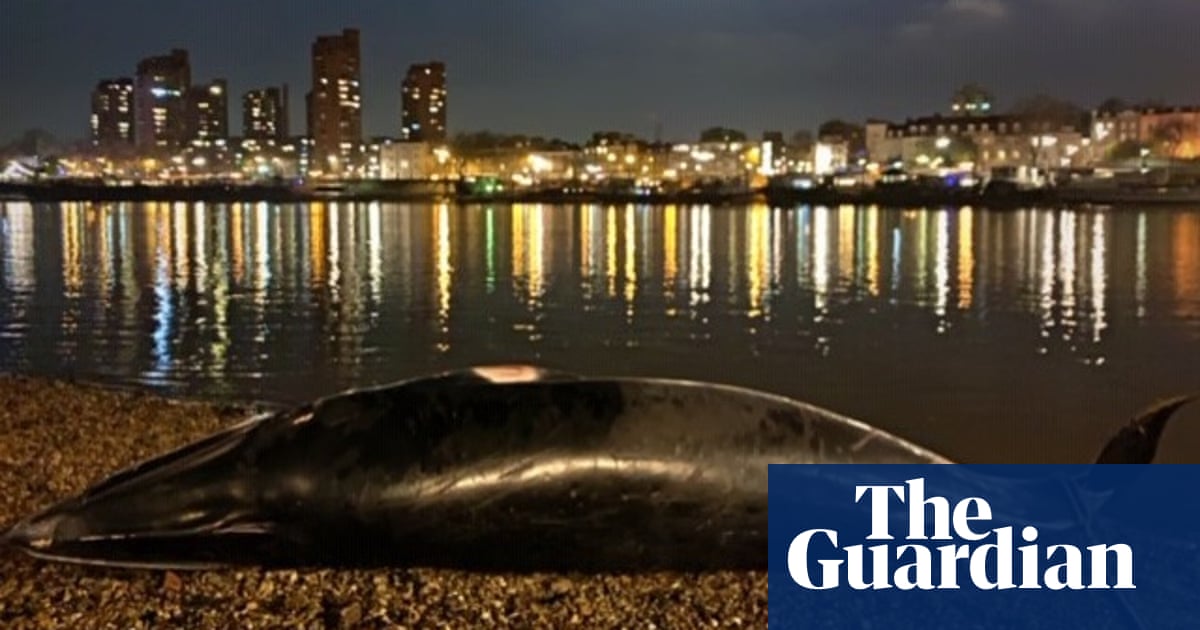 An eight-foot whale washed up on the shore of the Thames yesterday, where it was found by a patrol boat under Battersea Bridge.

The minke whale was found on Friday evening at about 10pm by a Port of London Authority boat, but it is not yet known how it got there or why it died.

Why are so many whales getting washed up?

The Zoological Society of London (ZSL) are set to undertake a postmortem examination to determine the cause of death.

According to Rob Deaville, who leads an investigation project into the stranding of cetacean creatures at the ZSL, the mammal is the 27th minke whale to be washed up in the UK this year.

It is believed to be the third beaching of a dead whale on the Thames in two months, after a humpback whale and an endangered sei whale washed up separately in October.

Deaville said it was “too early to speculate” on why the whale had died, but that the organisation were not ruling out unnatural causes such as collisions with ships or injuries from fishing equipment, alongside natural causes.

Minke whales, which can weigh up to 10 tonnes, are the most common baleen whale in UK waters. British waters boast one of the most diverse ranges of cetaceans in Europe, with 22 species living around the UK – a quarter of all cetacean species in the world.