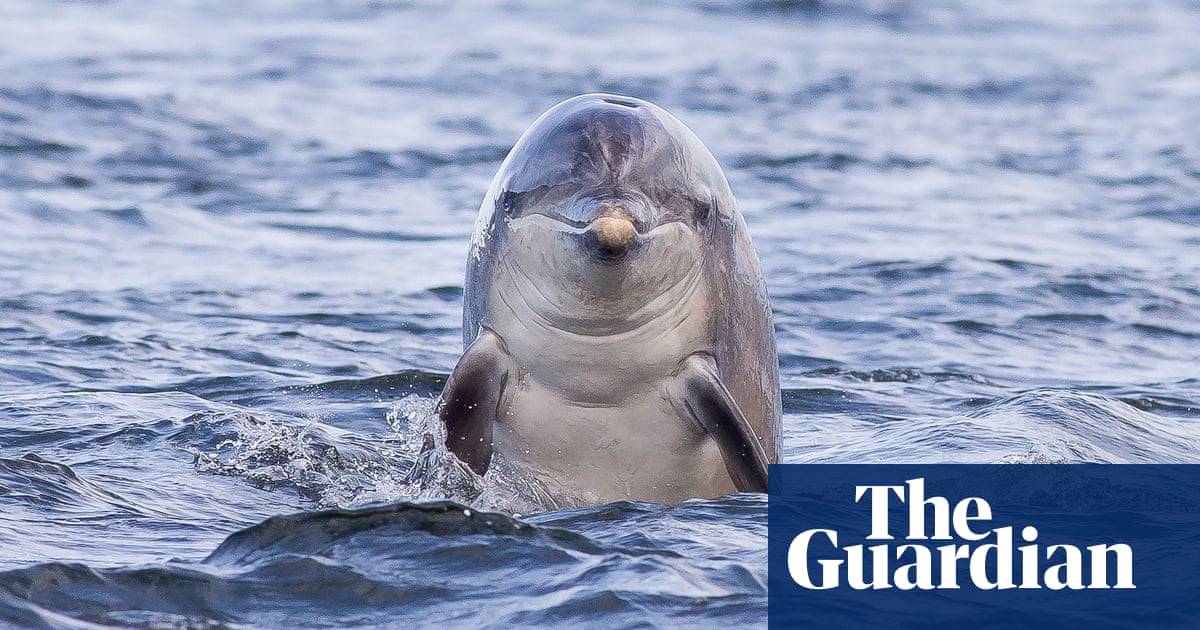 Dolphins, like humans, have a dominant right-hand side, according to research.

About 90% of humans are right-handed but we are not the only animals that show such preferences: gorillas tend to be right-handed, kangaroos are generally southpaws, and even cats have preferences for a particular side – although which is favoured appears to depend on their sex.

Now researchers have found common bottlenose dolphins appear to have an even stronger right-side bias than humans.

On a roll: blue whales switch ‘handedness’ when rolling to scoop food

Researchers studying common bottlenose dolphins in the Bahamas say the preference shows up in crater feeding, whereby dolphins swim close to the ocean floor, echolocating for prey, before shoving their beaks into the sand to snaffle a meal.

Writing in the journal Royal Society Open Science, Kaplan and colleagues say the animals make a sharp and sudden turn before digging in with their beaks.

Crucially, however, they found this turn is almost always to the left, with the same direction taken in more than 99% of the 709 turns recorded between 2012 and 2018.

The researchers say the findings indicate a right-side bias, since a left turn keeps a dolphin’s right eye and right side close to the ocean floor.

The team found only four turns were made to the right and all of these were made by the same dolphin, which had an oddly shaped right pectoral fin. However the Kaplan said it was unlikely this fin was behind the right turns: two other dolphins had an abnormal or missing right fin yet still turned left.

It is not the first time researchers have found evidence of a right-side bias in cetaceans. Grey and humpback whales tend to roll to the right when foraging on the seafloor, while common bottlenose dolphins tend to lie on their right when beaching themselves to chase fish on to muddy river banks. Dusky dolphins, meanwhile, circle their prey with their right side facing their quarry.

Mammals prefer to cradle babies on the left, study demonstrates

The team suggests a number of possible reasons behind the latest findings, including that it might make it easier for the dolphins to swallow prey as their food channel, which splits to pass around their larynx, is wider on the right than the left side.

Research has also suggested dolphins produce echolocating clicks with the phonic lips on the right side of their head, meaning it could be advantageous if this side is kept nearer to the ocean floor.

While Kaplan said further evidence was needed, she pointed to the Ganges river dolphin, which is practically blind and relies heavily on echolocation. “It turns out they almost always swim right-side down when they are echolocating,” she said.

Dr James Herbert-Read, a biologist at Cambridge University, said the study added to a growing body of evidence that many species show handedness in particular tasks.

While he added that further work was needed to unpick whether such biases had benefits, for example boosting foraging success, he said the strength of the dolphins’ preference was notable.

“This strength – approximately 99% of turns by individuals were to the left – appears to be stronger than the left-/right-hand preferences in humans,” he said. “It’s rare to see such strong and consistent lateralisation between individuals within a population.”