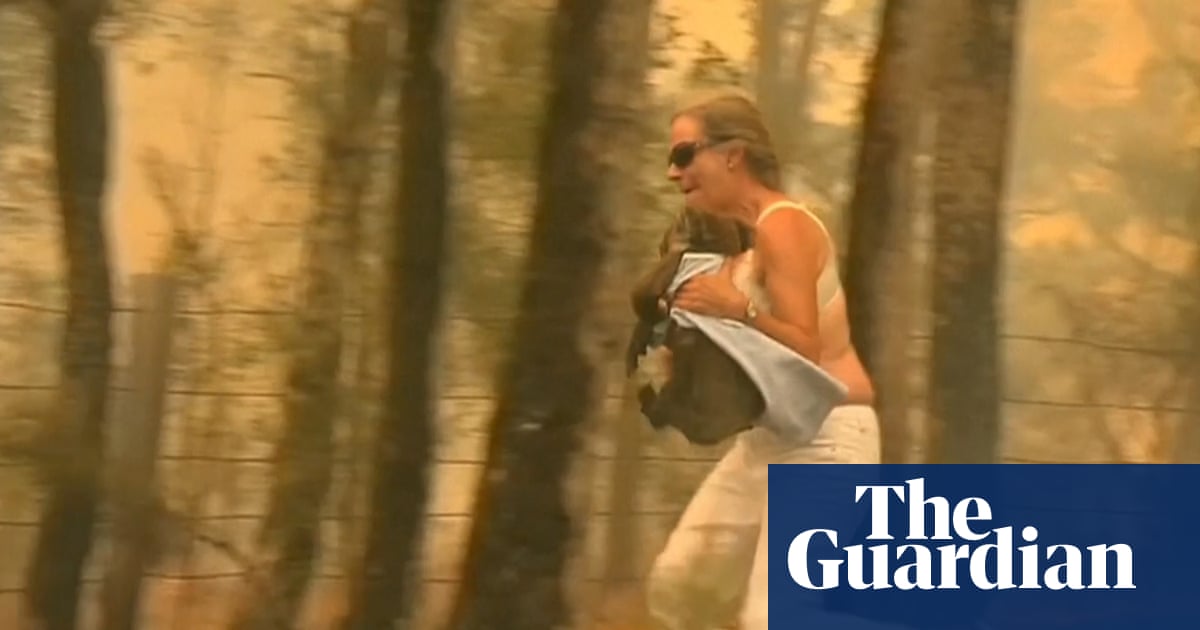 A woman rescued a badly burnt and wailing koala from an Australian bushfire. The marsupial was spotted crossing a road among the flames near Long Flat in New South Wales.  The local woman, who told Australia’s Nine News her name was Toni, rushed to the koala’s aid, wrapping the animal in her shirt and a blanket and pouring water over it. She took  the injured animal to the nearby Port Macquarie koala hospital. The country’s koala populations have been a major victim of the bushfires, with more than 350 of the animals feared killed