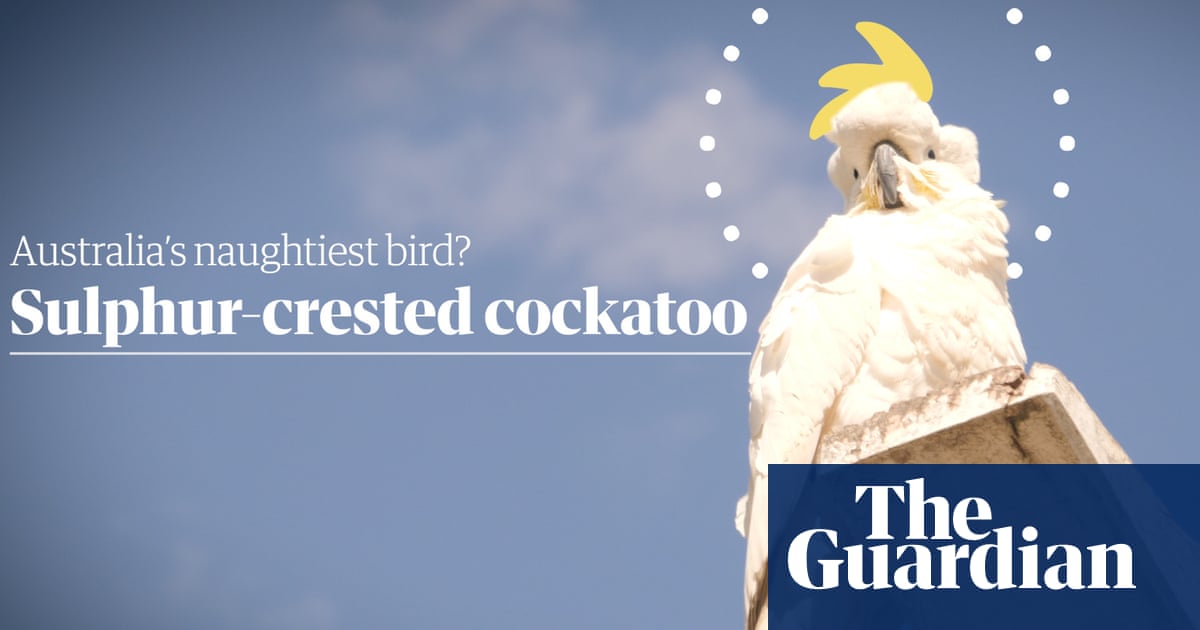 With their sharply curved grey beaks and talons, ear-splitting screech, snow-white feathers and crest flaring in a shock of yellow, sulphur-crested cockatoos are some of Australia’s most distinctive native birds.

They are also some of the nation’s smartest and most destructive. They are known to open the lids of wheelie bins, flicking rubbish everywhere while rummaging for food. They are notorious for destroying wooden window frames, decking or house fittings. They lop the tops off flowers, uproot seedlings, hollow out trees and generally make a big old mess. And they are loud.

Since moving to Sydney a few years ago I have come to love this cheeky species, even befriending a local pair who have become regular, albeit occasionally raucous, visitors to my balcony birdbath.

I used to call myself a ‘birdo’. Since then I have coined a new term: a ‘noticer of birds’ | Erin Lennox

It was thanks to my familiarity with these wily locals that I was charged with the job of finding Australia’s naughtiest bird as part of the Guardian/BirdLife Australia’s bird of the year 2019 poll.

The investigation began with a tip from a member of the public that the bird most deserving of the title was a particular sulphur-crested cockatoo, to be found somewhere in the town of Katoomba in the heart of New South Wales’ Blue Mountains.

Isaac Sherring-Tito, a longtime Katoomba resident, had captured footage in July of the avian fiend methodically pulling all the bird spikes off a council building and throwing them into the town’s main street, leaving a long line of bird spikes littering the road.

Like many witnesses to the cockatoo’s antics, Sherring-Tito was on his way to partake of local culinary delicacies when he captured the incident on his smartphone.

“I was just on my lunch break, walking down the street to get something to eat,” Sherring-Tito told Guardian Australia. “And I came back and they were ripping [the bird spikes] off.”

Katoomba’s bustling high street contains an array of bakeries, eateries, antique shops and variety stores. When Guardian Australia arrived to investigate, it did not contain any cockatoos. But a likely suspect was certainly very well known among the locals.

Seated in the morning sun outside one of Katoomba Street’s many cafes, the sculptor and Katoomba resident Melanie Weine told Guardian Australia there was one cockatoo that had a habit of sitting on the bin next to a bench outside the French bread shop, waiting for unsuspecting tourists to come along with their lunch. Was this our bird?

“The tourist will sit on that bench and start to feed the cockatoo a bit of his sandwich,” Weine said. “Well, I’ve seen the cockatoo eat that, and when the guy’s not looking, take the whole sandwich and take off.”

She said the sulphur-crested cockatoos had become increasingly numerous over the past five years. “They’re very friendly with tourists,” she said. “They perform all sorts of stunts around this place.”

At the newsagency not far away, the proprietor, Ray Cameron, immediately recognised the bird in question.

“There’s one in particular that hangs around the coffee shop down here, the waffle shop,” he said. “It sits and people feed it.”

At the waffle shop, True to the Bean, the staff were frustrated. “They destroy everything. They eat chips from next door,” the barista and self-described domestic goddess, Cheyenne Foong, said of the cockatoos.

“I get the broom out,” said her colleague, the cafe owner Mel Jones. “They’re very naughty.”

Jones agreed that the cockatoos appeared to have increased in number. “We are a really big tourist area so the tourists pay a lot of attention to them, and will feed them bread and chips to take photos with them,” she said. “They don’t like me particularly because I do chase them with the broom.”

Guardian Australia stood in front of Katoomba’s various shopfronts holding some delicious baked goods, hoping to lure out this most-maligned bird, to no avail. It wasn’t until we made our way up to the gardens of the posh hilltop hotel, the Carrington, with its beautifully managed botanical gardens, that we discovered there was more to the story than one bird’s desire for salty carbs.

The Carrington’s gardener, Vicki Skeen, said the local cockatoo population were bullies. “I had freesias planted around all the edges [of the garden beds], I’ve been building them up for years,” she said.

“This year, they methodically went through everything bar one box [and] they threw the tops all over the ground and ate the bulbs. You can’t replant them. And then when the magnolias started coming on they chewed out the tops of those and bit off all the buds before they could open. Then the echium came – they love that.”

Skeen was surprised by the apparent elusiveness of the usually very conspicuous cockatoos. “I think probably the calendulas are coming on somewhere now, and I haven’t seen them around today.”

“Testing has shown that cockatoos are about as smart as a two-year-old human,” said Dr John Martin, a terrestrial ecologist from Taronga Conservation Society. “In the animal world, it’s actually one of the more intelligent.”

Martin said cockatoo behaviour wasn’t innately naughty, because that would be to suggest the parrot had a kind of human moral compass.

“These are wild birds behaving naturally, it’s just that they’re not in the bush,” he said. “Did it really appreciate that what it was doing was being perceived as a bad action? Was there malice underlying this behaviour? We don’t really know.

“The behaviour that we’ve seen is an indication of them being exploratory and inquisitive, which is fundamental to adapt to urban landscapes. If they weren’t tolerant of road and noise and buildings then they wouldn’t be here.”

He said anthropomorphising the birds – seeing their behaviour through a human lens – wasn’t necessarily a bad thing, as it meant people were paying attention to them and trying to understand what they were doing.

Australia’s birds: pretty and sweet or just a pack of bastards? | Sean Dooley

Indeed, everyone seemed to have a naughty cockatoo story.

“There was a cockatoo, had a reputation in Mount Isa for unscrewing valve caps on cars and pushing his beak into the valve to get the air out to cool himself off,” said a retired telephone technician, Perry Langdon, in Katoomba on holiday.

A local artist, Sophie Miller, said: “Outside the bakery I saw two cockatoos on two separate cars pulling the rubber lining out from in between the door and the roof of the car. Both of them, on separate cars.”

Guardian Australia was unable to conclusively confirm that Katoomba was home to Australia’s naughtiest bird but strong feelings nevertheless prevailed.

“They’re the clowns of the bird world, really,” Weine said. “We love them. They can do anything. Nothing will stop them.”

Said Jones: “They’re like Alfred Hitchcock’s birds. They are not after human flesh but they are after the human chip.”

• Vote now in Guardian Australia’s bird of the year poll

• Do you have a naughty cockatoo story? Tell us about it in the comments