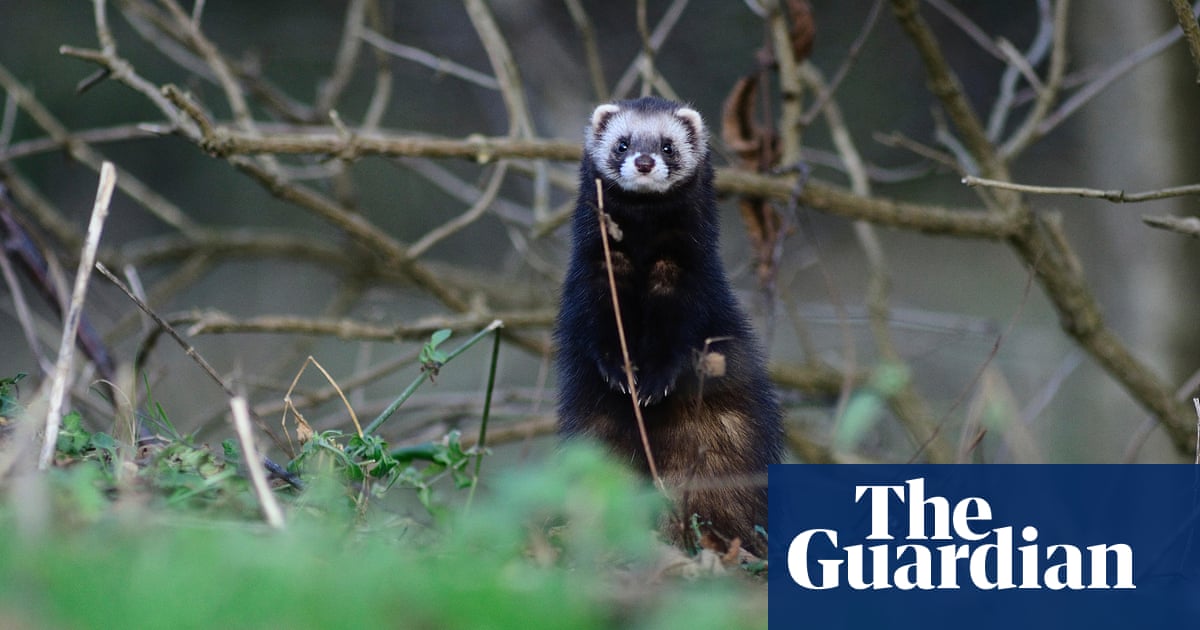 The chances of spotting a polecat (Mustela putorius) – except the ones that have been run over – is pretty slim, the ranger said cheerily, but that is how we know they are back.

And back they are – resident in vast swaths of England, returning to places where they were exterminated. Overzealous gamekeepers had nearly wiped out the polecat by 1915, but it has spread back from its last refuge in the west of Wales across England as far as East Anglia.

Most of them are purebred, but in some places they have interbred with their domesticated relative, the ferret Mustela putorius furo. The Furo, meaning thief in Latin, is essentially the same creature but tamed roughly 2,500 years ago to hunt rabbits. If escapees mate with polecats the resultant offspring, although slightly lighter in colour, go native and generally thrive.

Polecats, with distinctive black and white furry “bandit” faces, generally eat rabbits and are small enough to live and breed in disused rabbit burrows. In autumn they move closer to humans in farms and outbuildings and eat rats, which are more plentiful, so this is the best time of year to see one.

In spring they will eat frogs, eggs and birds, which is why gamekeepers killed them, but now they are protected.