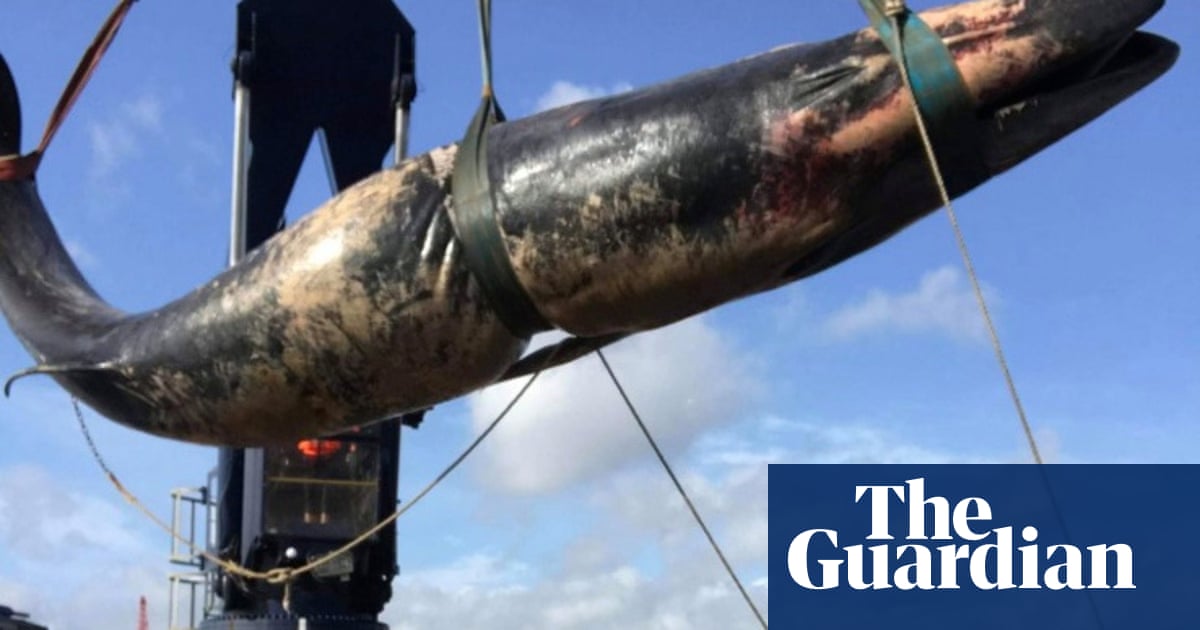 A second whale has been found dead in the Thames less than two weeks after a humpback nicknamed Hessy died near the same stretch of water.

The Port of London Authority confirmed the suspected fin whale was discovered in the river at Denton, near Gravesend, on Friday morning.

Martin Garside, a spokesperson for the PLA, said he was surprised to receive a call at 10am about a second dead whale as there had been no live sightings.

“We are as baffled as anyone by it. When I took the first call this morning, I thought the person was confused and they imagined the whale sighting,” he said.

The PLA sent a patrol boat to go and look, with the same crew that found Hessy’s body, who quickly confirmed it was a dead whale. The crew managed to get a line around the whale and gently towed it to a PLA site, where the animal was lifted from the water and taken to the Zoological Society of London for a postmortem analysis, Garside said.

Humpback whale found dead in Thames was hit by a ship

Rob Deaville of ZSL’s cetacean strandings investigation programme said: “Experts are hoping to access the whale to perform an examination over the next few days, but there is no reason to assume the two recent whale strandings in the Thames over the past week are in any way linked.”

Hessy was first seen swimming in the Thames 11 days ago. The whale died a few days later.

A detailed postmortem examination found Hessy was an 8.37-metre (27ft) juvenile female that had not eaten recently and was “nutritionally compromised”. While experts found a heavy burden of parasites within the humpback’s intestine, there was no evidence of plastic ingestion.

Deaville said: “The main finding was a large wound on the underside of the head, associated with a fracture along the length of one of the mandibles (lower jaw). Traces of blood clots around the fractured jaw and haemorrhage around the cut/torn surfaces indicate that the damage occurred before death and it was the team’s opinion that the injuries were most likely a result of ship-strike, and this is considered to be the primary cause of death.”

Deaville could not rule out the possibility that the whale could have been struck before it entered the Thames, and already had its injuries when it was seen swimming in the river.

Garside described the deaths of the two whales as a “random coincidence”. While it was rare for a whale to end up in the Thames, he said, a handful had been seen over the past decade.

In 2009, a juvenile male humpback was found dead near the Queen Elizabeth II Bridge. Last year, a beluga whale was sighted off Gravesend, more than 1,000 miles (1,600km) from its usual habitat in the Arctic.

Garside said the discovery of the dead whales was “both poignant and quite moving at the same time”. He said he hoped that recovering the whale’s body and giving it to scientists would lead to an explanation for its death.