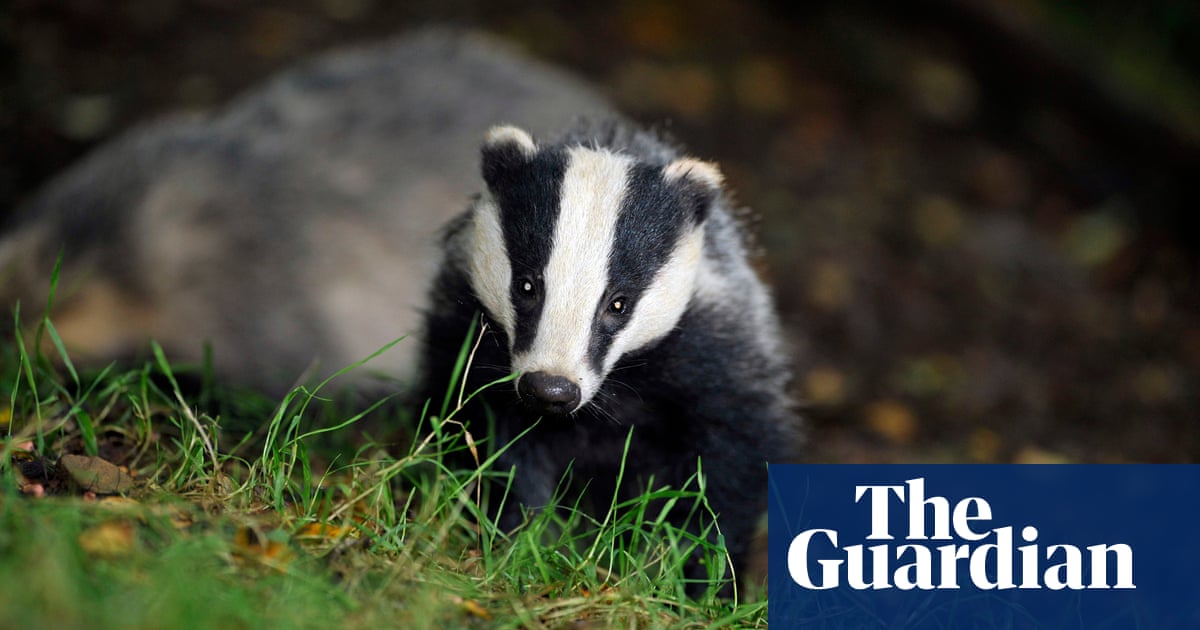 The culling of badgers in two areas of England has been linked to a marked decrease in new cases of bovine TB on farms, research suggests, bolstering farmers who support the culls.

In Gloucestershire, the incidence of TB cases in cattle was two thirds lower after four years of badger culling than would have been expected from a comparison of similar unculled sites, while in Somerset the rate was 37% lower. In a third area, in Dorset, there was no significant difference.

The study, carried out by scientists from the government’s Animal and Plant Health Agency and published on Friday in the journal Scientific Reports, backs up previous analysis that found a decrease in local TB rates after two years of culling. There were also lower rates of bovine TB in buffer zones around the culled areas in Gloucester and Dorset, which the researchers say was unexpected, given other studies have shown that badgers from culled areas may travel to nearby farms.

The National Farmers’ Union (NFU) said the findings were proof that the government’s cull strategy to control TB was successful, and called for it to be expanded.

Stuart Roberts, the vice-president, said: “This definitively shows the phenomenal impact culling badgers has on reducing TB levels in cattle. There should now be no doubt in anyone’s mind that this policy works.”

James Wood, a professor of farm animal science at Cambridge University, said: “This is a robust scientific evaluation of the impact of farmer-led badger culls … [that] describes a positive impact of the overall policy, with evidence that the increased movement reported elsewhere in surviving badgers is not significantly increasing the disease in cattle.”

Earlier this week, research by the Zoological Society of London found that badgers in culling areas were more likely to travel further afield when a cull started, with the potential to spread the disease further.

Badger culling has been the mainstay of the government’s bovine TB policy since 2011, with a system of licensed shooting introduced in Gloucestershire and Somerset two years later. Since then, the English cull has been expanded, and last month ministers announced 11 new areas of culling, taking the total to 43 zones in the Midlands and the west of England from Cornwall to Cheshire. Up to 64,000 animals are likely to be killed this autumn, up from about 32,000 last year.

Nearly 33,000 cattle were slaughtered in England last year because of bovine TB, and 3,600 farms were newly affected by the disease, according to the NFU. The Department for Environment, Food and Rural Affairs calls bovine TB “the greatest threat to animal health in the UK”, costing taxpayers £100m a year and causing “devastation and distress for farmers and rural communities”.

The merits and dangers of the cull are hotly contested. Scientists say badgers are likely to be a small part of the overall TB problem and conservationists have questioned the costs, cruelty and wider impacts of the cull.

John Krebs, emeritus professor of zoology at Oxford University, whose landmark review of badgers and bovine TB led to culling trials, said: “[The new study] suggests that large-scale and long-term killing of badgers can lead to a reduction in TB in cattle. This is consistent with the results of the randomised badger culling trials [RBCTs].

“However, as the authors point out, the farmer-led culls are not set up as a proper experiment and therefore one cannot be sure of the interpretation of the results. Furthermore, in the RBCT, under 6% of cattle infections came from badgers. All the recent scientific evidence points to a central role of cattle-to-cattle transmission and focusing on killing badgers is probably a distraction from the main story.”

Rosie Woodroffe, a professor at the Zoological Society of London and lead author of the study showing badgers move further afield after culling begins, said: “The question remains whether culling is a cost-effective tool in the fight to eradicate bovine TB. This study suggests culling is not working consistently across all TB-affected areas. Badger vaccination is cheaper, more humane, less environmentally damaging and might be a more effective tool.”

The authors of Friday’s study also found the decrease in new cases of bovine TB might not directly result from the killing of badgers. Instead, they said, there might be “other mechanisms at play that amplify effects associated with badger controls”, for instance, culling might be leading to more cattle testing, better biosecurity on farms and more controls on cattle movements.